LIONEL MURPHY
Is the founder of the Civil Celebrant Program. Most celebrants – especially the excessive numbers since the tragic downgrading of 2003 – have never heard of him – or his ideals of professionalism and quality. 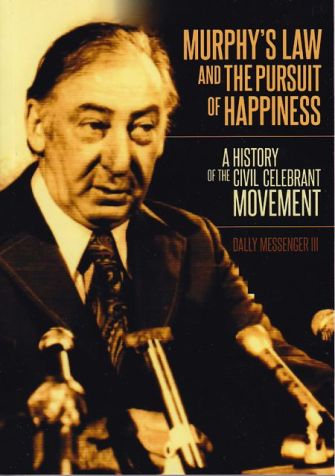 What should happen – Lionel Murphy and his work should be known and honoured. Those who drink the water, should remember those who dug the well. His achievements should be the subject of a three hour OPD (at least).

——————————————–
FIT & PROPER PERSON
No unaccountable officer or even an accountable officer should have the power to destroy people’s lives by making such a decision about a person, or branding a person in such a way.
In the Age of the Internet this tag of not “fit and proper” on a person’s reputation is like a criminal record. Used in a cavalier way by a public servant, I have seen it almost destroy one person’s life. The decision about this celebrant is still on the internet!

What should happen – Applications to become a celebrant should simply be accepted or rejected without such branding. Reasons should be given for such a rejection and an appeal process, which an ordinary person can afford, should be part of the process. Better still, as has often been proposed, a balanced committee should decide how many celebrants are needed to provide a balance in a natural geographical area. Would be celebrants should apply, be shortlisted in the usual manner by an independent person, and the best applicants should be chosen.

Take the police – as I write this there are 61 police officers with charges against them in Victoria. In other words, people who have legal powers, as individuals, should be accountable. The police have the OPI – Office of Police Integrity – to check on the abuse of power – the public service has no one to check on them. (The ombudsman and the AAP have in a very restricted number of cases. The ombudsman only intervenes if it is in the previous 12 months, and the AAP is very expensive (legal representation). It is no use complaining to the Minister because the letter usually goes straight through to the public servant one is complaining about !
So where can the celebrant or citizen turn for redress when such power is abused? To declare a person, not “fit and proper” should not be allowed except under the signature of the Minister and then in only very serious circumstances.

– disrespect for the tribunal

–   -no action was ever taken ! Ms Ingleton is still on the internet as being accused.