The chair welcomed attendees to the meeting between the Attorney-General’s Department and representatives from various celebrant associations.

Attendees:  There has been an internal re-organisation of the MLCS’ division and location.

Greg , First Assistant Secretary.  Chair of meeting until about 1 PM so some agenda items were taken out of order.

They handed out a list of 11 items that included removing the requirement that the Declaration of No Impediment be on reverse of Official Certificate of Marriage.  This will be added to list of potential future legislative amendments. There were various comments regarding the ongoing forms review.  Two items were completed by Attorney-General s email on 4/12/15.

There was $35,000 left over from last year’s budget. It was projected that the $240 annual fee will stay the same on 1 July 2016 for 2016/17.  Updated procedures regarding payment were presented.  The Portal payment preference was discussed — with 30 days to pay the fee.  Celebrants should check the portal in early July.  The invoice becomes a receipt on the portal. Civil Celebrants are now at a steady number steady of 8,700. (926 Celebrants resigned.  A statistics sheet was handed out.)

Exemption procedures were discussed.  The Notice of deregistration has been extended to 21 days.  The Annual fee will be pro rata for new celebrants. Last year 200 were deregistered and 6 went to Administrative Appeals Tribunal .  All the de-registrations were upheld by the Administrative Appeals Tribunal.
OPD
The four panel members (i.e. current providers) arrangement expires on 31 Dec 2016. 94% of celebrants completed OPD.  There were 303 disciplinary measures.  13 were de-registered for not completing OPD for several years.  Some were suspended for 3 months — their explanations were eventually accepted.  128 were cautioned. (some new celebrants in their first year got wrong advice or misunderstood the requirements …).
Future OPD.
Would the 5 hours continue? Should there be more options for the compulsory part?  Should we stay with same providers?  This will be considered in a discussion paper in May/June.  Marriage Law and Celebrants Section (MLCS) is looking at removing Marriage Regulation 37M(6) (OPD and Cert IV completed before 1/7/10).

There are 3 new fact sheets on the website (handed out) and in late April/early May a new Newsletter will be issued.

The New Vocational Education and Training (VET) Certificate IV in Celebrancy will be tougher. It will cost an estimated $4000. The four current marriage units will be folded into 3 units. The RTOs were shocked at this! It will mean that the competencies will be onerous and very much harder; there will be way too much to do. It will require far more assessment days.  They stated that this may be an “unreasonable barrier” to entry into Marriage Celebrancy.   It should be at Diploma level.

MLCS says the de-registered who have the current Certificate IV can still re-register under certain conditions.  MLCS staff say this is not in their hands, as they have no control over the VET process.  Mention was made by one participant regarding lack of input and hence the unsatisfactory outcome.  I raised point that if it is so difficult that many or most will not  get into celebrancy for the foreseeable future because of the cost, and the high hurdles. The regulator (MLCS) will have a numbers and cost recovery problem. Certificate IV is a legislative requirement of entry for Civil Celebrants. (I noted that the National Party has as a platform policy that all recognised religious celebrants be required to have a Certificate IV in Celebrancy to solemnise marriages.)

MLCS went to all BD&Ms discussing inconsistencies.  Associations will be consulted about these inconsistencies in July/August.  The Bureau of Statistics has asked MLCS to discuss what information is actually needed on the forms.  Ms Kelly Williams is working on the Form Review.  The Attorney-General told a Senate Estimates session that amendments to the Marriage Act will be eventually available.

Celebrants are advised to regularly look at the portal and not just when paying once a year.   There was a slide show on the portal changes. “We are always trying to improve communication”.  ”Information in the Newsletter there to be read”.  “When invoices on portal are paid, then it will be automatically replaced by a receipt.”

Regulations with “sunset” life expire on 17 April 2017.  New or updated regulations require consultation with associations as stakeholders, and will be asked for comments.

MLCS is working on a paper with 4 options:

All will be based on Case Law, AAT decisions (as advisory, as they do not set a precedence).  Problems may only come with a “high standard of misbehaviour” due to the Code of Practice calling for high standard of professionalism, so the discussion paper needs to balance/juggle many concepts — to be accountable and defendable in any Administrative Appeals Tribunal case/appeal.

Yvonne Werner, representing CoCA, took us through history of numbers and the current statistical reality.  She painted a picture of declining expertise resulting in an increase of questions to Associations, BD&Ms and the MLCS.  She pointed out that there had been an 82% drop in expertise, lower expectations, loss of legal knowledge, and much lower incomes for all Civil Celebrants.  Her conclusion as that most celebrants are “volunteers” for the department after all the costs of doing this work are factored in.

There had been 30 complaints, mostly from celebrants about other celebrants, and mostly about conflict of interest.  One notorious prosecution was held in the Brisbane Magistrates Court regarding an ex-celebrant husband/wife team on an immigration “Contrived Marriage” case.  There were 5 applications to the AAT with 4 resolved by celebrants withdrawing after discussions (Conciliation? Mediation?). One applied out of time (3 month limit) so the Administrative Appeals Tribunal refused to hear it and it was dissolved.  There are no criminal proceedings against Celebrants at present.

Then seek not sweet, the “if” and “why”
I love you now until I die
For I must love, because I live,
And Life in me is what you give.” 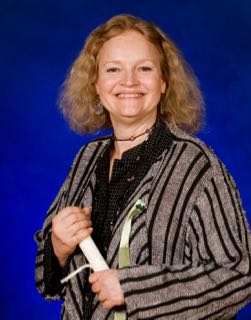 Are you interested in deepening
your knowledge of celebrancy?

We are the best on the planet!

It costs you nothing to try us out.

(Look for the Star on the Home page (http//:iccdiplomas.com))